Originating in Western Asia before spreading into the Mediterranean and the Middle East. In ancient times, it was referred to as ‘The Golden Apple’ and is historically thought of as the ‘forbidden fruit’, from Adam and Eve fame. An ancient fruit which has declined in popularity over the centuries.

Still grown and used by the Italian and Greek communities in southern Australia.

Winter – summer. Can be trained to espalier, low branching open vase, pyramid or spindle. If left unpruned becomes a tangled thicket with little fruit or foliage.

During flowering and fruit set and as fruit ripen. Not as thirsty as apples. 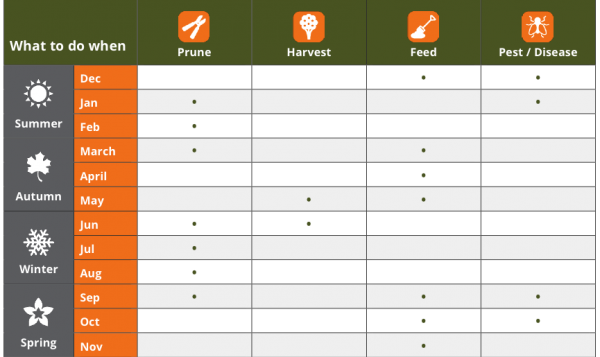