Native to Asia and eastern Europe where cultivation has been recorded at least far back as 1000 BC with Homer declaring the pear to be ‘the fruit of the gods’. The buttery soft flesh of the modern European pear we eat today descends from the orchardists of 18th century France and Belgium.

Pears are vigorous and easy to train, making excellent espalier, open vase, pyramidal or any tree shape you desire.

‘Williams’ pear is self-fertile but most other varieties require a compatible cultivar to cross-pollinate. The modern nashi will self-pollinate, but performs better in the presence of another.

Winter and summer, removing and shortening of vigorous vertical growth.

Codling moth. Pear and cherry slug, possums and to a lesser extent, birds.

During flowering and fruit set and as fruit ripen. 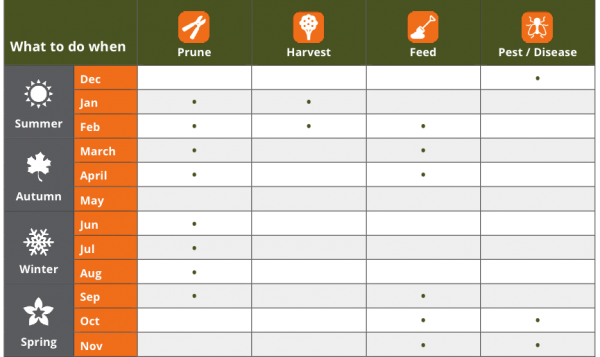